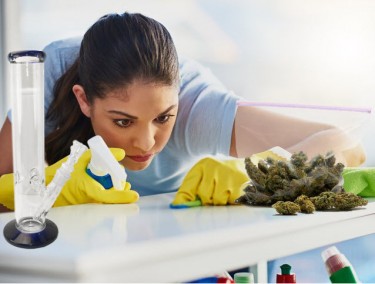 There are loads of rumours and misconceptions about cannabis. From the belief that all recreational users are lazy and unproductive, to the idea that smoking weed somehow makes someone less intelligent. Fortunately, the legalization movement around the world is allowing more open cannabis use and with it, people are starting to realise that many of the stereotypes just aren’t true.

One such belief is that cannabis makes a person more cautious and less likely to take risks. By extension, there are some that believe users are less likely to engage in compulsive or addictive behaviour. This article will explore both the popular notion, as well as looking at some of the science relating to cannabis use and addiction.

Cannabis use is often compared to alcohol consumption. Those in favour of marijuana legalisation will frequently contrast the effects of both intoxicants to make the case that weed is less dangerous than booze. In many respects, it certainly is too. For example, you’re unlikely to ever need a liver transplant from years of overindulging on joints. The same isn’t true for beers, wines, and spirits.

Of course, alcohol is known for making people more reckless too. The numbers killed by drunk drivers each year is testament to that. Comparatively, cannabis users seem more measured and in control even if they’re a lot gigglier. But does that make them less prone to compulsion?

Many believe so. A popularly perceived symptom of being stoned is that you’ll be extra cautious and engage in less compulsive behaviour. There is some evidence to suggest this would be the case too. A 2009 study into the effects of both alcohol and cannabis on drivers found that increased awareness of impairment amongst smokers allowed them to compensate for said impairment more effectively, thus lending support to the argument that cannabis use prompted less risky behaviour.

However, the same report notes that the risky behaviour increased amongst those “on weed” when engaged in highly formulaic activity – like driving. Essentially, you’re more likely to get complacent when completing very familiar tasks when you’re high. Meanwhile, the impairment of alcohol is much more likely to reveal itself during more complex, unfamiliar tasks.

There is also evidence to suggest that cannabis has a positive impact on those suffering from obsessive compulsive disorders. A case study involving a 22-year-old male patient who suffered from severe OCD showed that use of cannabis massively decreased the individual’s symptoms. Similarly, there is a growing body of evidence to suggest that cannabis radically improves the quality of life of those suffering from Tourette’s syndrome by significantly reducing the frequency of ticks and other symptoms.

In the age of legalization, we’re learning more about not only the cannabis plant but also the way it interacts with our own bodies. Almost all life on the planet has what’s known as an endocannabinoid system (ECS). It influences various bodily functions. These include our memories, mood, appetite, and much more.

Cannabis plants, and particularly their buds, are loaded with many different cannabinoids. The most famous is known as THC (tetrahydrocannabinol) but there are plenty of others, including CBD (cannabidiol). Cannabinoids stimulate the ECS, binding to receptors and causing a variety of medicinal effects. These can, apparently, include the mitigation of cravings for addictive substances and pastimes.

For example, in both human and animal studies into nicotine and alcohol dependency, the addition of CBD to groups significantly lowered the subjects’ intake of different intoxicants over a given period. However, when considering cocaine addiction, CBD seemed to lower substance use and THC actually enhanced the users’ sensitivity to cocaine.

Yet, more concrete evidence is still sorely lacking. For most of recent history, cannabis has been vilified around the world. As such, much of what we know about weed was either highly influenced by prohibition or a product of the last few years of frantic research.

Most agree that additional research into just how cannabis affects us is needed in a range of health areas. One of them is addiction. Like other areas, there haven’t been many notable studies into the impact of cannabis use on problem gamblers. With scant evidence through scant research, even those parts of the world with legal medicinal weed do not usually prescribe the drug for “medical intervention” purposes. Still, anecdotal evidence is strong and suggests those self-medicating with cannabis may indeed experience fewer urges to visit a casino.

Perhaps the only research directly on the subject comes out of Boston and Canada. During the study, rats were presented with a simple gambling game. The rats were presented with two buttons. One prompted a guarantee payment of usual food. The other either rewarded the rats with nothing or some extra tasty treats. Not quite like the pay-outs you find elsewhere but one man’s chalk is another rat’s cheese.

The researchers observed that fewer rats were willing to gamble for tastier food after consuming cannabinoids. It found that rats under the influence of synthetic cannabinoids were less likely to take the higher risk options and preferred to play it safe. Whilst the study is indeed optimistic, it’s worth remembering that some cannabinoids stimulate appetite. Still, the findings clearly warrant further research. However, it’s important to understand that cannabis is no miracle cure that will make you stop gambling or quit smoking.

With cannabis now legal at some level in more than half the United States, we can finally catch up on fully understanding this fascinating plant. Its uses seem endless. This article has focused on just one potential use case out of a large and expanding number of medicinal cannabis treatments. From tinnitus to tennis elbow and far beyond.

Truth be told, we really have no idea how beneficial cannabis is in terms of its medicinal value just yet. Given that it’s widely regarded as humanity’s oldest medicine, compulsive behaviour might be one of many ailments added to the list. 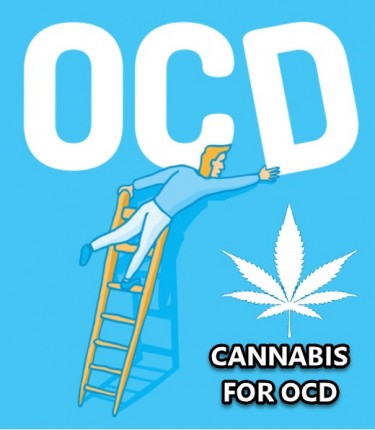 CANNABIS FOR OCD HABITS, DOES SCIENCE SAY IT WORKS? 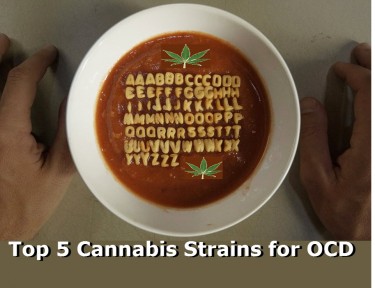