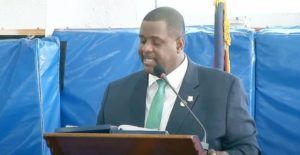 The United Kingdom’s representative in the British Virgin Islands (BVI) has so far declined to sign off on a new law to permit medical cannabis production and sales, causing an “unnecessary” delay in getting the medical marijuana industry up-and-running, according to the nation’s premier.

The democratically elected House of Assembly passed the Cannabis Licensing Act last June, which would open up the medical cannabis sector for commercial opportunities, including cultivation, retail and manufacturing.

The governor’s stamp of approval – called Royal Assent – is all that remains for the bill to become law.

But Gov. Augustus Jaspert, who wields significant power over the territory as the U.K.’s representative, has thus far refused to give the pending law his stamp of approval.

And he’s not saying why.

Questions to the governor’s office have gone unanswered for weeks. Instead, Jaspert’s spokesperson provided a terse 3-month-old statement to Marijuana Business Daily:

“The Governor is currently considering the bill and has yet to grant assent. By giving thorough consideration to the bill, the Governor is discharging his duties as set out in the constitution and as the people of BVI would expect.”

Pending laws typically receive Royal Assent in a matter of days or weeks.

Roy Bodden, former president of University College of the Cayman Islands, said the governor – as the U.K. representative – has the power to delay, reject and introduce new legislation if the parliaments in the territories refuse to act according to the administering power’s wishes.

“This intervention by the United Kingdom to circumvent the local assembly/parliament is often referred to as the ‘nuclear option.’ It is used on those occasions where the local parliament is noncompliant with the administering power’s wishes,” he said.

In this case, however, neither the U.K. nor the governor’s office has signaled why it is holding up the law, frustrating the premier of the country and local businesses.

The UK’s Foreign, Commonwealth and Development Office referred queries from MJBizDaily to the governor.

The premier delivered the remarks in the House of Assembly as part of the Budget Statement last month.

“We hope that there will be no more unnecessary and unsubstantiated delays in getting the BVI’s medical marijuana industry established so that our people can start benefiting from this new initiative,” Fahie said in the Assembly.

“Medical marijuana is a blooming industry worldwide and here, too, in the Caribbean. It has the potential to earn the territory millions of dollars in revenue and create jobs for our people.”

Courtney Betty, adviser to the premier and on the development of a medical cannabis industry and co-author of the bill, said the law is in line with relevant United Nations conventions.

“The delay by the governor in signing Royal Assent is preventing the BVI from developing an important industry which will help to advance the economic and social development of the BVI,” he told MJBizDaily.

Betty said the law draws a strict line between medical use, which the bill legalizes, and recreational use, which will remain illegal.

“The framework also is designed to address the past injustices of individuals who have suffered and continue to suffer as a result of criminal records for possession of small amounts of cannabis.”

Governors of British Overseas Territories in the Caribbean have been more assertive in recent months, flexing their constitutional authority over their respective jurisdictions.

Derek O’Brien, senior lecturer at Truman Bodden Law School in George Town, Cayman Islands, noted the relevant provision of the BVI Constitution, which deals with the governor’s responsibilities with regard to assent to legislation.

The provision, s79 (2), lays out the circumstances in which a governor gives a law final approval – or does not.

Part of the provision says the governor may “reserve for the signification of Her Majesty’s pleasure” any bill which appears to be inconsistent with any obligation of the United Kingdom towards any international organization.

It is not known if the U.K. is holding up the BVI law because of international drug-control treaties.

“Ironically, the governor of the Cayman Islands has recently done exactly the opposite,” O’Brien said.

“Using his reserve powers, he has forced through legislation, which the Cayman Legislative Assembly refused to approve with regard to civil partnerships.”

The U.K. and the governor’s office are tight-lipped about the delay, so it is too early to conclude what, if any, impact the move could have on other territories weighing cannabis industries.

Bermuda officials will be watching closely.

Bermuda, a self-governing British territory, said earlier this year a draft bill to lay the legal groundwork for a regulated adult-use cannabis regime in that country will be presented to the island’s Legislature.

The Cayman Islands has legalized medical cannabis prescriptions but not production.

Cayman was the fourth-biggest export destination for exports of Canadian-made cannabis oil in 2019.

Matt Lamers is Marijuana Business Daily’s international editor, based near Toronto. He can be reached at [email protected].