Predicting which candidates will win the 2020 U.S. elections is something of a cottage industry. Will Biden beat Trump? Will the GOP keep control of the Senate, or will Democrats take the reins? Several states will also vote on key ballot initiatives — what about them?

We won’t know the outcomes until Nov. 3 at the earliest. There’s one marijuana stock, though, that might be the biggest winner of all: Cresco Labs (OTC:CRLBF). 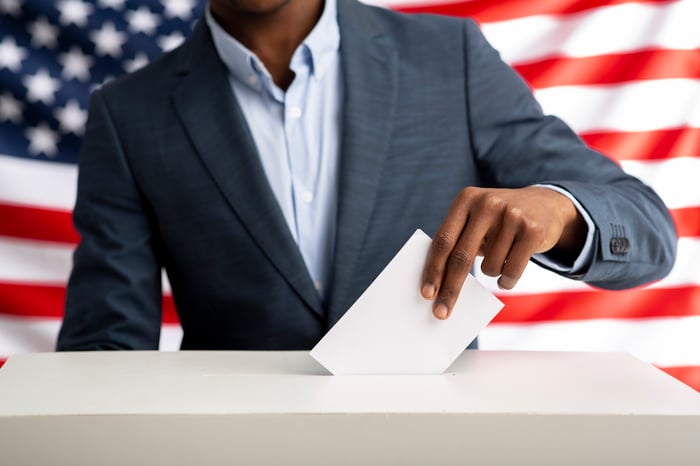 What’s at stake for Cresco in the upcoming elections? Quite a bit. There are several bills that could finally become law should Democrats retain control of the House of Representatives and retake the U.S. Senate.

One key piece of legislation that could benefit Cresco is the SAFE Banking Act. This bill would clear the way for financial institutions to work with cannabis businesses without violating federal law. It passed in the House earlier this year but hit a roadblock in the GOP-controlled Senate.

The outcome of the Senate race in November could also impact the passage of legislation that would allow states to enforce their own cannabis laws. This wouldn’t be full-blown federal marijuana legalization, but it would likely clear the way for Cresco Labs and other U.S.-based cannabis operators to list their shares on major U.S. stock exchanges.

Of course, the presidential race is also important to Cresco’s prospects. Democrats could control both legislative chambers only to face President Trump’s veto power if he’s reelected. Joe Biden would be much more likely to support legislation passed by his own party.

What makes Cresco stand out

Pretty much every U.S. marijuana stock would benefit from a Democratic sweep on Election Day. Cresco stands out as potentially the biggest winner, though, because of votes on ballot initiatives to legalize recreational marijuana in Arizona and New Jersey.

Cresco already operates one medical cannabis dispensary in Phoenix, Arizona. Its presence there is smaller than that of rival Curaleaf (OTC:CURLF) but should the Grand Canyon State legalize recreational pot, Cresco’s well-positioned to jump into the new market in a much bigger way.

Thanks to its acquisition earlier this year of Origin House, Cresco now has major cannabis distribution operations in California’s huge recreational marijuana market. These operations could easily serve as a launchpad into neighboring Arizona if voters choose to legalize recreational pot, giving Cresco a leg up over its competitors.

Unlike Curaleaf, Cresco hasn’t opened a retail medical cannabis dispensary in New Jersey, but it has four dispensaries in neighboring New York. There will likely be a mad rush to enter the New Jersey market if the state votes to legalize recreational marijuana in November, and Cresco would likely be among the first to expand into the Garden State.

There’s also the matter of valuation. Cresco’s shares trade at only 4.7 times sales. That’s well below the price-to-sales multiples of top competitors Curaleaf, Green Thumb Industries, and Trulieve Cannabis. Cresco has more room to run if Election Day delivers favorable results than any of these other major U.S. cannabis stocks.

The status quo would still be good, too

What if the election results aren’t what Cresco hopes they’ll be? The company would still be in good shape even with the status quo.

Cresco’s business continues to boom in the nine states where it already does business. Several of those markets are still only in their early stages. The company also has a clear path to growth, with 29 retail licenses but only 19 dispensaries in operation.

Sure, Cresco and other U.S. pot stocks could slip if Election Day doesn’t pan out as expected for the cannabis industry. However, investors won’t have to wait long for a potential catalyst that could send Cresco’s shares higher again. The company is scheduled to announce its third-quarter results on Nov. 18. Look for yet another record quarter.