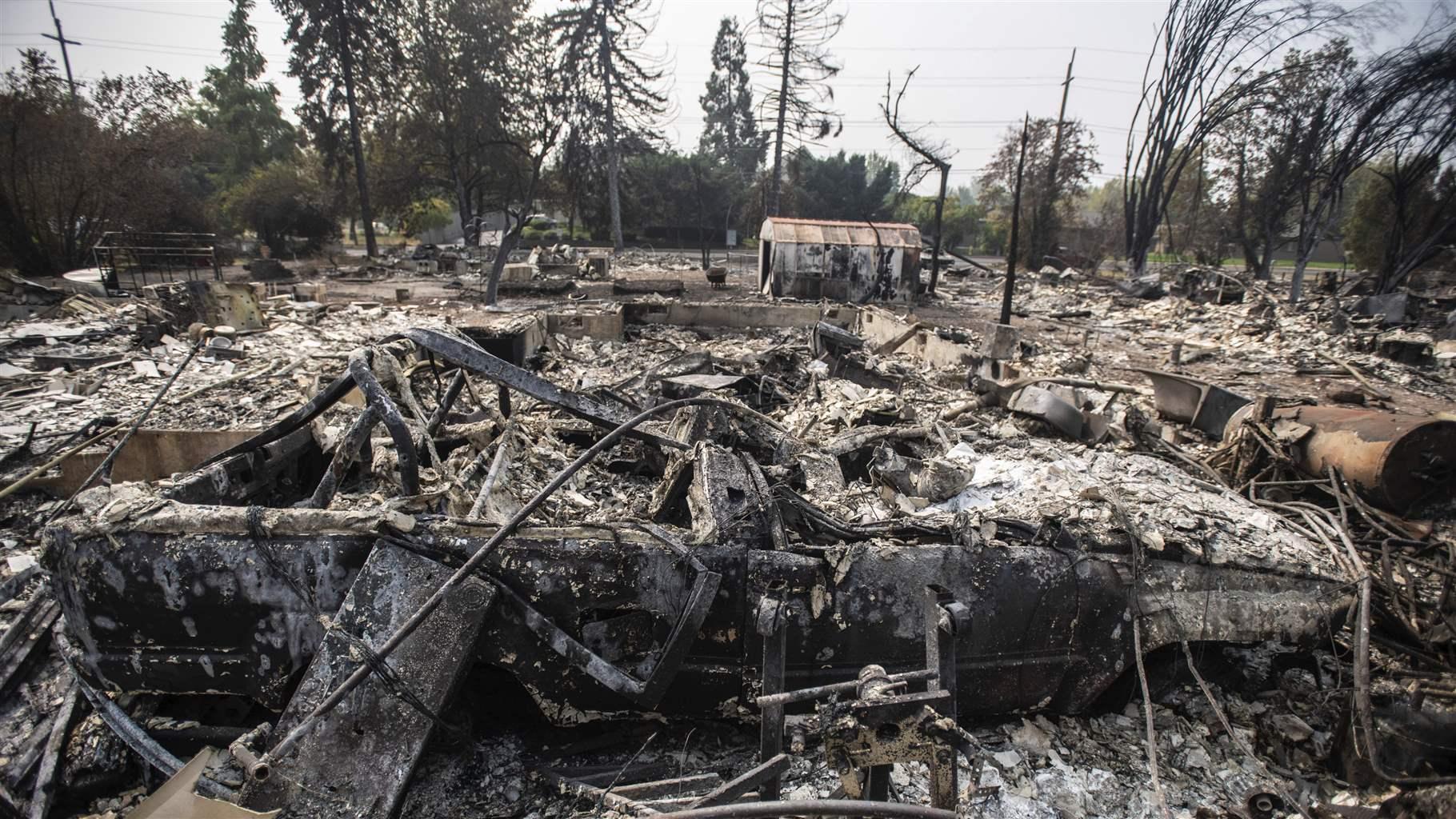 Derek Wright had hoped his 120-acre marijuana farm in Southern Oregon would yield a $2.8 million crop this year. But he said the South Obenchain fire incinerated everything: his home on the property, the farm manager’s cabin, the processing facility for drying the plants and close to two-thirds of his crop. The plants that survived were too damaged to sell, so Wright and his team composted them.

“Now it looks like the desert,” Wright said of the farm.

Wright, like most marijuana growers nationwide, doesn’t have crop insurance. Because federal law defines marijuana as an illegal, dangerous drug, neither federal agencies nor conventional banks and major insurance companies will work with marijuana businesses even if they are legal under state law.

While it’s possible to buy marijuana crop insurance from local providers, Wright said he couldn’t find a policy worth the money. “Unfortunately, the insurance that’s offered here in Oregon for marijuana crops is very — it’s not really insurance,” he said. “They don’t really cover things like [natural disasters].”

Nor are marijuana businesses eligible for federal disaster relief, such as small business loans.

“These legal small businesses employ thousands of workers and support our struggling economy,” Wyden said in a statement announcing the bill. “If they need federal support, they should get it. Full stop.”

The bill’s future is unclear. It has yet to be scheduled for a hearing.

House Democrats’ latest coronavirus relief proposal would allow marijuana businesses regulated by states to access banking services. But the latest Senate Republican proposal contains no such language. Nor is the provision likely to make it into a final relief bill. While the House voted last year to let marijuana companies access financial services, the bill went nowhere in the Senate.

Lundin said her group has been talking to Oregon state lawmakers about creating a disaster relief program for the marijuana industry. “It falls to us to try to get help from the state,” she said.

Although the wildfires that swept through California, Oregon and Washington this year tore through a major cannabis-growing region, the number of marijuana businesses directly affected so far appears to be small.

Twelve cannabis businesses in Oregon have reported a total loss to state regulators, including Wright’s Jackson County business, Primo Farms. Half the businesses were pot shops incinerated by the Almeda Fire, which swept through the towns of Talent and Phoenix in early September.

California regulators aren’t collecting data on the number of licensed cannabis businesses that have lost crops, said Rebecca Forée, communications manager for the California Department of Food and Agriculture, in an email to Stateline. The agency has received 32 requests for temporary relief from licensing requirements because of the fires, she added, mostly requests for moving cannabis offsite.

Pete Gendron, president of the cannabis advocacy group Oregon SunGrowers Guild, said his organization is asking businesses about losses that go beyond charred crops, such as marijuana plants that died because workers were under a mandatory evacuation order and couldn’t water them.

“Those ancillary losses will likely be larger, in dollar value, than the number of burned acres,” he said.

In Jackson County, the loss of over 2,000 homes in the Almeda Fire could make it harder for seasonal workers to find a place to stay and exacerbate labor shortages as harvest approaches, said Matt Ochoa, founder and CEO of Jefferson Packing House, a Medford-based company that dries, stores, processes and distributes cannabis.

He said producers from all over the region have been calling him and asking for help finding workers. “Finding the employees you need seems to be the No. 1 struggle,” he said.

“I don’t understand why they would not want to see me back in business as soon as possible,” he said of state lawmakers.