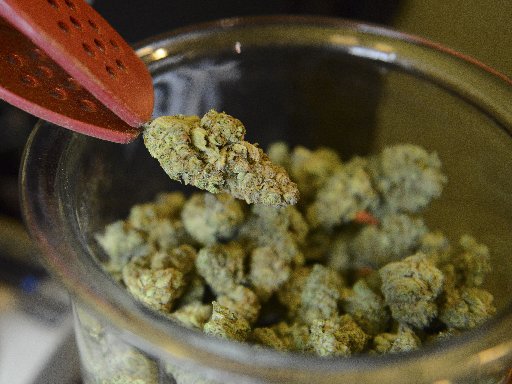 State-licensed medical marijuana dispensaries will be allowed to deliver cannabis products to Longmont medical marijuana patients’ homes under an ordinance that got final City Council approval in a unanimous vote Tuesday night.

Under the ordinance as amended by Council on Sept. 22 and approved Tuesday, the cannabis products wouldn’t be limited to those sold by Longmont-licensed medical marijuana businesses.

That drew objections during a Tuesday night public hearing from Kristen Thompson, a representative of The Green Solution, a business licensed by Longmont to sell recreational cannabis products from a storefront at 206 S. Main St. but that doesn’t have a Longmont medical-marijuana license.

Businesses outside the city limits don’t have to meet the same store-front requirements that Longmont has for businesses within its boundaries, Thompson said.

However, another caller during the public hearing, Shannon Fender, a representative of Native Roots, which has a dispensary at 19 S. Sunset St. in unincorporated Boulder County and outside Longmont, applauded the measure’s language allowing out-of-the-city medical marijuana businesses to deliver to customers inside Longmont.

Council members also heard from Ashley Weber, a representative of the Colorado chapter of NORML, the National Organization for Reform of Marijuana Laws, who called into the public hearing to express support for the ordinance.

No one called to oppose the ordinance outright, and Thompson was the only public-hearing participant to object to allowing out-of-the-city dispensaries to have their wares delivered into Longmont.

Council members made no comments themselves about the medical marijuana delivery ordinance before approving it.

The measure is scheduled to take effect Oct. 26, although it was unclear Tuesday night what steps businesses will have to take to certify to Longmont their eligibility to make those deliveries and how long it would take the city to verify that in each case.