Will Mexico Legalize Marijuana by October?

Mexico might beat the United States to national legalization by the end of this year. In all likeliness, the United States won’t see full scale federal legalization until 2020 or even 2021. There will be some major changes to banking and federal involvement, however it’s difficult to say if that will happen before or after the next Presidential elections.

For democrats, keeping marijuana illegal until the presidential election is a political strategy seeing that the vast majority of candidates will be running on a “Legalize Marijuana” platform. For Republicans, it is a trickier situation.

If Republicans are smart (which is a disputed claim), they would legalize cannabis prior to the 2020 elections in order to remove the political platform from the democratic party. However, seeing that many Republicans make their money from prohibition, who knows if that’s going to happen.

All the while the United States are arguing about logistics, their neighbor to the South is making some significant changes.

Cannabis is already “Legal” in Mexico

One thing that people need to understand is that last year cannabis became “pseudo-legal” in Mexico. What this means is that cannabis consumption and cultivation was granted constitutional protection due to the fifth consecutive “Supreme Court decision” in favor of that position.

While the policy hasn’t been officially written into law, it is technically a protected right. Since the Supreme Court decision, lawmakers had roughly 90 days to figure out more or less what’s going to happen.

Officials have met with several representatives in different legal cannabis markets to figure out exactly how Mexican Cannabis would look like. While there isn’t a lot of detail about how it’s going to be finalized, there are plenty of ideas bouncing around.

Some of the things expected to be approved:

The lawmakers spearheading the move have all expressed their interest in crafting a solid infrastructure for the new cannabis platform.

What about the support from the people?

Mexicans are generally more conservative when it comes to Marijuana than Americans. Nonetheless, unlike in the US, the people of Mexico won’t need to vote on the issue. Their constitution is written in such a way that protects people’s right to “freedom of expression and freedom of personality”. This is something that isn’t specifically written in the US constitution.

This legal terminology was the main reason why cannabis was legalized without a referendum or vote. Proponents of legalization won on constitutional grounds, meaning that the laws have to be changed due to constitutional violations.

Some analysts expect the rules to be finalized by October of this year.

What will happen if Mexico Legalizes?

It will take a few years for the Mexican cannabis industry to pick up momentum. Nonetheless, there is already a large network of growers, retailers and researchers ready to get started. The legitimacy of the industry will be finalized the moment the rules are up.

While most Americans associate Mexican weed with “brick”, or seedy-low grade cannabis, they would be surprised to discover that Mexicans have also upped their game. While you can still buy Brick weed for roughly $10 an ounce in Mexico (cheaper in some places), consumers are willing to dish out more money for higher quality weed.

Growers have also realized this consumer trend and sub sequentially increased quality of the cannabis. In Mexico City, you can get everything you can find in a dispensary in LA. Sometimes, even products from California that made its way across the border.

Once cannabis is legal in Mexico, we’ll see a surge in the quality of marijuana produced. We’ll also see marijuana grows scaled like never before. Farmers that once grew weed illegally, might think about growing it legally. This means better quality, lower costs of production and with a climate that allows for year-long growing.

Once the dust settles in the US and they finally legalize cannabis on a federal scale, it is not too much of a stretch to thing that cross-country commerce will occur with cannabis. However, this time around the crops won’t be shipped in the tires of semi-trucks, but as the main load.

Mexico will want processed products; the US will want unprocessed weed. It makes sense that the commerce between the two countries will find mutual benefit.

Additionally, Mexico is an international hotspot for tourism. With legal weed on the books, we can expect that to increase significantly. Spring Break at Cancun will eventually come equipped with high-end dispensaries and cannabis lounges.

If all goes well, Mexico will be the 3rd country to legalize cannabis completely, along with Canada and Uruguay.

MEXICO AND LEGAL CANNABIS, READ THIS… 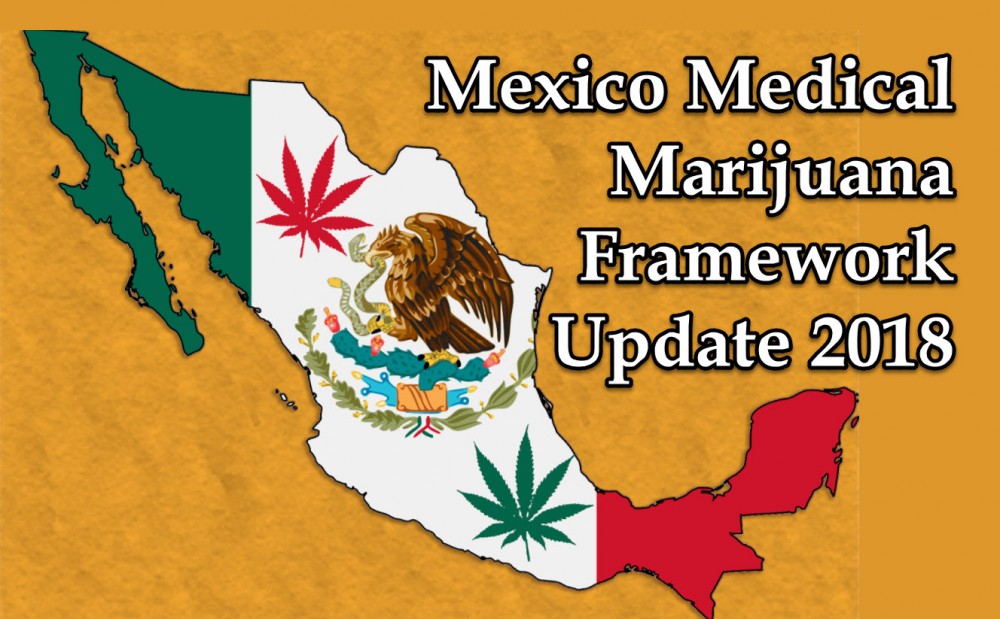